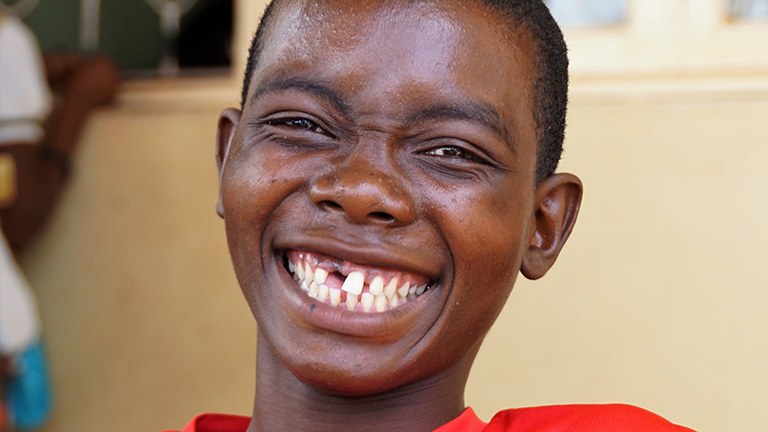 Welcome to the programmatic area on adolescent and youth sexual and reproductive health (AYSRH) within MEASURE Evaluation’s Family Planning and Reproductive Health Indicators Database. AYSRH is one of the subareas found in the sexual and reproductive health (RH) section of the database. All indicators for this area include a definition, data requirements, data source(s), purpose, issues and—if relevant—gender implications.

More than 1.75 billion individuals in the world today are young people (aged 10-24 years) (WHO, 2008).  Adolescents (aged 10 to 19 years) have specific health and development needs, and many face challenges that threaten their well being, including poverty, a lack of access to health information and services, and unsafe environments.   Considering that youth aged 15 to 24 accounted for an estimated 45% of new HIV infections worldwide in 2007 and about 16 million girls aged 15 to 19 give birth every year (WHO, 2010), adolescents’ and youths’ sexual and reproductive health (AYSRH) needs –particularly girls — deserve considerable attention and resources.

In the past decade, more programs have targeted AYSRH because:

AYSRH programs may assume a variety of forms and may appear in a variety of settings. Among the more common program types are:

AYSRH programs focus on achieving one or more of four major goals:

1. Creating an enabling and supportive environment for young people

3. Increasing young people’s use of services and

It is worth noting some differences in terminology.  WHO defines adolescents as 10-19 years old, youth are 15-24 years old, and young people are 10-24 years old.  Most currently available data is for 15-24 year olds, or “youth”.  Most of the indicators presented here are for adolescents and/or youth, which cumulatively captures the entire age range of young people.

Adolescent behaviors are influenced in important ways by a sizeable number of factors operating at the individual, family, school, community, and societal levels. Granted, these same factors influence adults, but because adolescents have not fully developed– socially, psychologically, and physically — they are perhaps more susceptible to “contextual” or “environmental” influences than are adults. This susceptibility requires that programs address a number of determinants or “antecedents” of adolescent behaviors simultaneously. Evaluators must measure and “control for” a sizeable number of factors in order to tease out the effects of specific AYSRH interventions. Furthermore, evaluators often find themselves beyond the bounds of their own disciplinary training in dealing with the range of factors (e.g., relationships with family, school, and community; selfesteem; self-efficacy).

The appropriate time-reference for measuring the impact of an AYSRH program is tricky. For some outcomes, (e.g., delayed age of sexual initiation), the desired result/ behavior is a short-term phenomenon an evaluator can accurately measure within the typical time-frames of most program evaluations (usually two to three years or less). For other outcomes, however, evaluators require longer periods of observation.  Further complicating matters is that, in some cases, program effects may be short-term or transitory in nature. For example, an evaluation of school-based AYSRH education programs in Jamaica found significant effects on knowledge, attitudes and behaviors when measured nine months after program implementation, but these effects had largely disappeared when measured again after 21 months (Eggleston et al., 2000). Thus, strong impact evaluations of AYSRH programs require evaluators to measure impact at several points in time after program implementation.

Assessing the quality of AYSRH programs from the “client’s perspective” requires the evaluator to elicit subjective interpretations, perspectives, and meanings from youth and others in the community. As a result, a combination of qualitative and quantitative data are generally required for the meaningful evaluation of AYSRH programs.

Because AYSRH programs must simultaneously address multiple “risk” and “protective” factors, a sizeable and growing number of programs have complex designs and multiple components. For example, many programs have life-skills education, peer promotion, community mobilization, and access to RH services components. Measuring the impact of each of the separate components is especially difficult, and as a result, program evaluations often focus on the net or combined impact of the full “package” of interventions.

Although AYSRH programs primarily focus on influencing adolescent behaviors and RH outcomes, programs often attempt to bring about change at more than one level. For example, some programs mobilize community support for and involvement in initiatives and activities for youth. Failure to garner such community involvement could greatly diminish the effectiveness of the program in changing the attitudes and behaviors of adolescents at the individual level. Without measuring change (or lack thereof) at the community level, the evaluator could not accurately interpret the lack of change at the individual level.

Many societies regard the intended outcomes of AYSRH programs as personal and private. Some societies even prohibit discussions about sexual behavior and personal relationships. Program officials and evaluators may face parental and community resistance to asking adolescents questions about these topics. Because of the social sensitivities surrounding adolescent sexual behaviors, evaluators face more rigid informed/parental consent procedures for AYSRH programs than for other types of RH programs.

Unlike the various stages of pregnancy and infancy which have precise timelines and age ranges, the period of youth can vary by organization, project, and individual. WHO defines adolescence as 10-19 years, youth as 15-24 years, and young people as 10-24 year old.  The USAID Youth in Development Policy (2012) considers those age 10-29 as youth.  However programs  decide to define the age range for youth, it should be noted and tracked consistently.