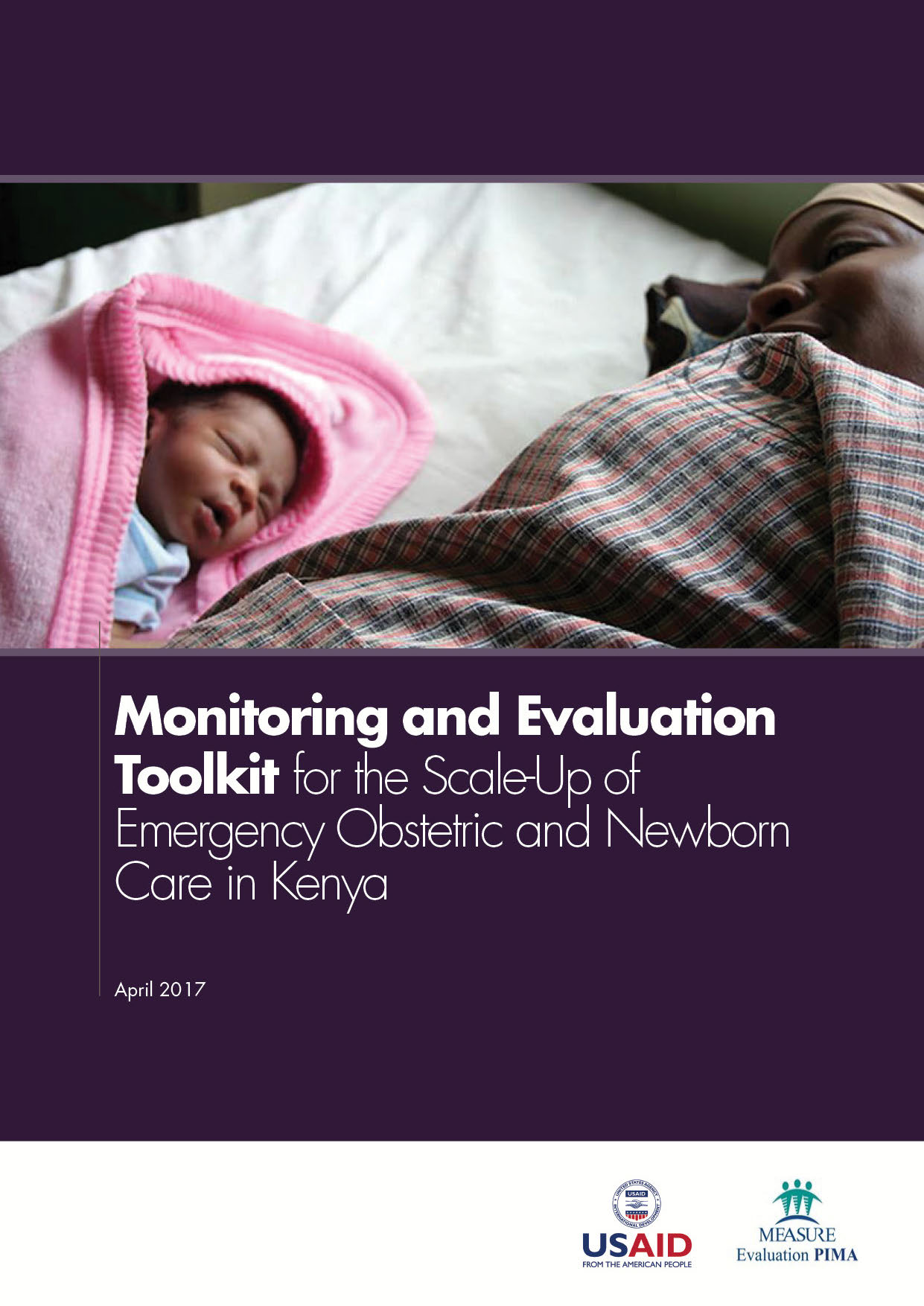 The call to address the high rates of maternal and newborn mortality has received unprecedented support from governments and development partners over recent years. Increased investments in programs targeting maternal and newborn health have fueled demand for reliable and timely data to promote the rational allocation of resources where the burden of deaths is greatest. In Kenya, the Ministry of Health and county governments have committed to ensuring universal access to emergency obstetric and newborn care (EmONC). The United States Agency for International Development (USAID) is a major partner of the Government of Kenya (GOK) in the effort to increase the national coverage of EmONC under its Ending Preventable Child and Maternal Deaths Strategy.

EmONC is an integrated strategy developed by the World Health Organization (WHO), the United Nations Population Fund (UNFPA) and the United Nations Childrens Fund (UNICEF) that aims to equip health facilities with the capacity to provide evidence-based, cost-effective interventions to attend to the leading causes of maternal and newborn mortality. Two levels of care are recognized under this approach: basic (BEmONC) and comprehensive (CEmONC). BEmONC, provided at primary care facilities such as dispensaries and health centers, has seven essential medical interventions, known as signal functions. CEmONC, provided at hospitals, covers the seven BEmONC signal functions plus two more.

The toolkit incorporates experiences from the first two phases of the national EmONC scale-up exercise launched in July 2013. The national scale-up of the monitoring and evaluation (M&E) of EmONC was based on the theoretical framework drawn from the Donabedian model, which categorizes quality of care in three interlinked unidirectional dimensions: (1) structure, (2) process, and (3) outcome. Through periodic assessments of health facility capacity to provide the EmONC signal functions, it is possible to infer the progressive capabilities to reduce maternal and newborn mortality.

This toolkit is the result of collaborative work by MEASURE Evaluation PIMA, USAID, the Maternal and Child Survival Program (MCSP), University Research Company/ASSIST, APHIAplus, AMPATH PLUS implementing partners, the Ministry of Health (MOH), and county health management teams targeted in the initial phase of the national scale-up of BEmONC.

This toolkit is intended primarily for county M&E officers, reproductive health coordinators, and other members of county health management teams and partners involved in implementing EmONC. It is also useful for national M&E officers and other professionals and donors who are involved in maternal and newborn health programs.