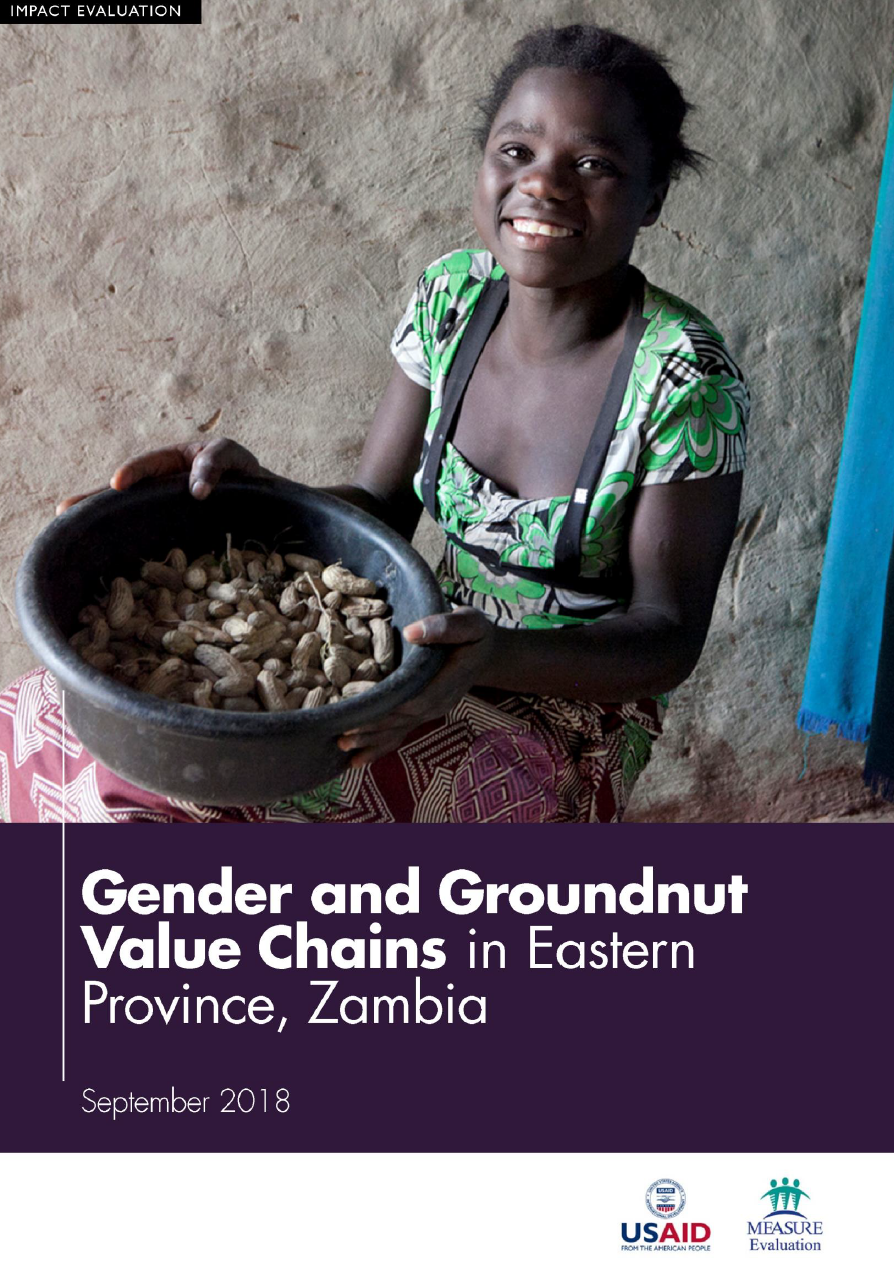 Evaluation methods were a baseline (2014) and end line (2017) quantitative longitudinal household survey and a qualitative study. The quantitative component employed a quasi-experimental design in which pre- and post-intervention differences in outcomes were compared between project and comparison domains to measure the impact of PROFIT+ and BLA. The analysis involved descriptive frequencies, cross tabulations, and tests of statistical significance for primary outcomes. Impact analyses were conducted for selected primary outcomes using the difference-in-differences model. The qualitative component consisted of in-depth interviews and focus group discussions with beneficiaries to contextualize quantitative findings.

There was a significant increase in the quantity of groundnuts sold/bartered from baseline to end line in both the project and comparison domains among households that grew groundnuts in both seasons. The increase was significantly higher in the project domain. Womens participation in groundnut production, marketing, and use of proceeds was maintained as efforts to commercialize groundnuts expanded. Qualitative findings indicated that beneficiaries perceived savings and lending communities (SILCs) and gender messages promoted by PROFIT+ and BLA to have impacted womens empowerment. Evaluation findings suggest that PROFIT+ and BLA contributed both to groundnut commercialization and maintaining womens participation in production, marketing, and use of proceeds.