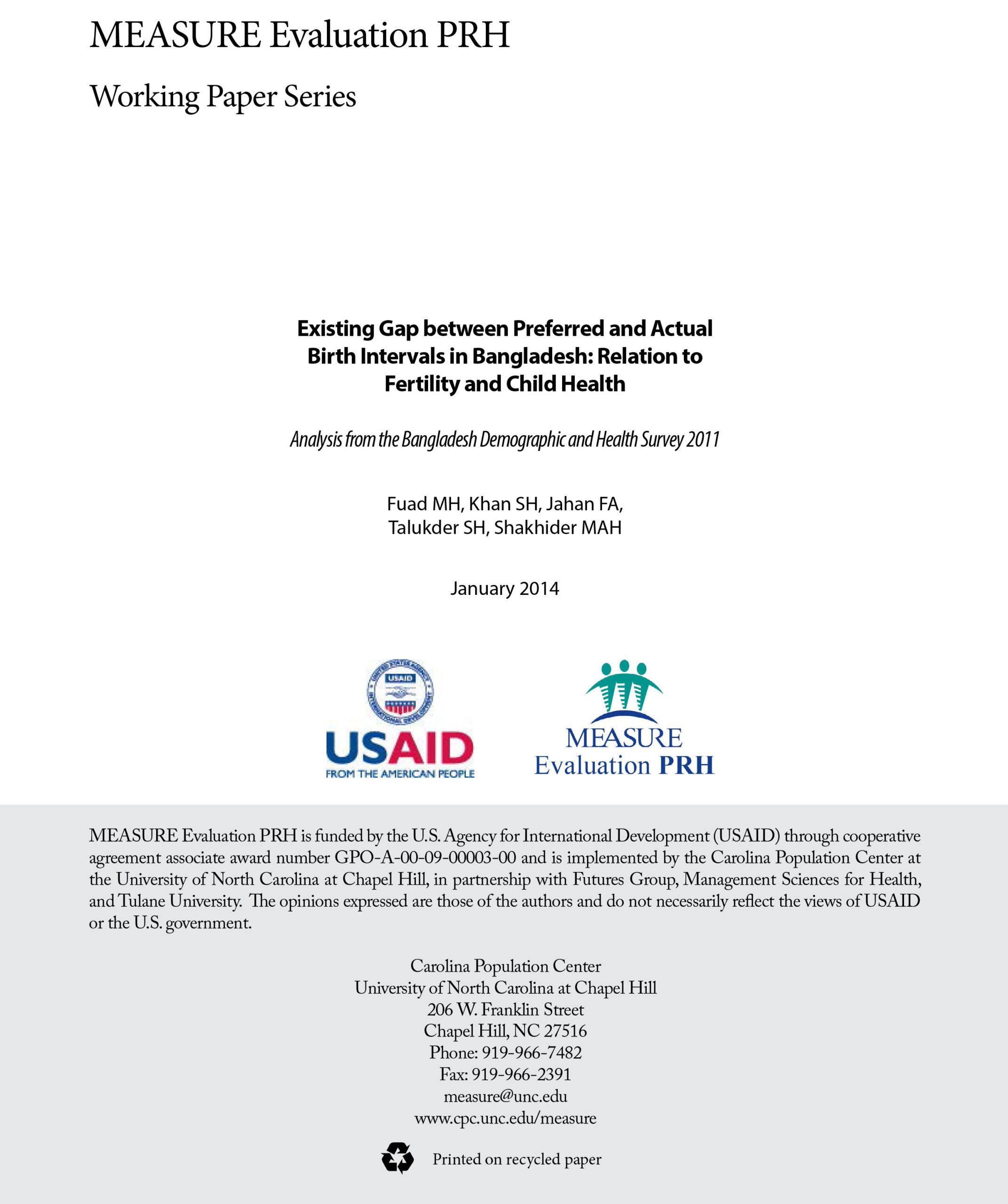 Abstract: This paperlooks into the existing gap between actual and preferred birth intervals in Bangladesh. The paper also examines the degree to which the interval varies in different geographical locations namely urban and rural. For this the respondents who already had a live birth and observed the time interval to the second birth were considered. The survival probability of the preceding birth interval (time) and different explanatory variables were examined in this process. The 2011 Bangladesh Demographic and Health Survey dataset was utilized for this paper.

A secondary analysis found that the overall length for actual birth intervals in urban and rural areas are 64.87 months and 57.57 months, respectively. These lengths are significantly higher than the mean lengths of the previous intervals (41.54 in urban areas and 39.53 in rural areas). However, for intervals less than 24 months the difference between actual and preferred birth interval is not significant. That means there is a group of people in both urban and rural areas who prefer to have more children within a short interval. Based on the secondary analysis, the interval of the preceding birth to conception is strongly associated with neonatal mortality as well as under-five mortality, even after controlling for a host of potentially confounding factors.
Shortname: wp-14-145
Author(s): Fuad MH, Khan SH, Jahan FA, Talukder SH, Shakhider MAH
Year: 2014
Language: English
Region(s): BANGLADESH
Filed under: Bangladesh, Child health, Children, Fertility, mortality