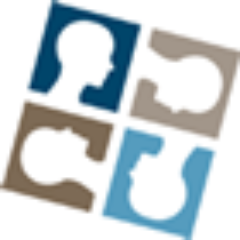 Background
Bangladesh urban population is expected to overtake rural population by 2040, and a significant part of the increase will be in slums. Wide disparities between urban slums and the rest of the country can potentially push country indicators off track unless the specific health and nutrition needs of the expanding slum communities are addressed. The study aims at describing the individual, household and community determinants of undernutrition status among children living in major urban strata, viz. City Corporation slums and non-slums, in order to understand the major drivers of childhood undernutrition in urban slum settings.

Methods
Data are derived from Bangladesh Urban Health Survey conducted in 2013. This survey is a large-scale, nationally representative of urban areas, household survey designed specifically to provide health and nutrition status of women and children in urban Bangladesh.

Results
Data showed that 50% of under-5 children in slums are stunted and 43% are underweight, whereas for non-slums these rates are 33 and 26% respectively. In terms of severity, proportion of under-5 children living in slums severely underweight or stunted are nearly double than the children living in non-slums. Logistic analyses indicate that mothers education, childs age, and households socio-economic status significantly affects stunting and underweight levels among children living in the urban slums. Logistic models also indicate that all individual-level characteristics, except exposure to mass media and mothers working outside home, significantly affect undernutrition levels among children living on non-slums. Among the household- and community-level characteristics, only households socioeconomic status remains significant for the non-slums.

Conclusions
Poor nutritional status is a major concern in slum areas, particularly as this group is expected to grow rapidly in the next few years. The situation calls for specially designed and well targeted interventions that take into account that many of the mothers are poorer and less educated, which affects their ability to provide care to their children.