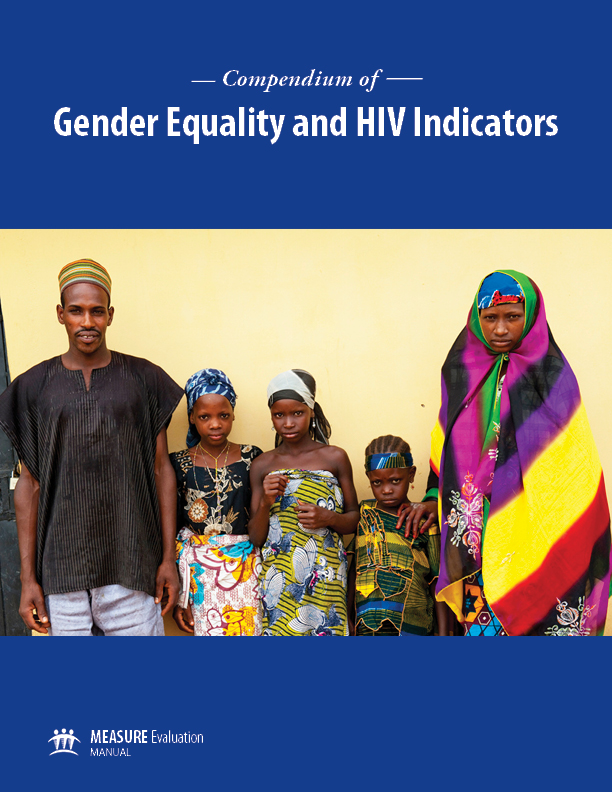 The compendium of indicators is the result of an international collaboration of multi and bilateral donors (including UNWomen, UNAIDS, WHO, USAID, PEPFAR, GFATM), civil society, NGOs, researchers and other experts who came to agreement on a set of standardized indicators to measure programmatic areas vital to the intersection of gender and HIV that may be used at national, regional or programmatic levels.

The indicators in the compendium are all either part of existing indicators used in studies or by countries or have been adapted from existing indicators to address the intersection of gender and HIV. The indicators can be measured through existing data collection and information systems (e.g. routine program monitoring, surveys) in most country contexts, though some may require special studies or research. The intended purpose of this compendium is to provide program managers, organizations, and policy makers with a menu of indicators to better know their HIV epidemic/know their response from a gender perspective in order to: