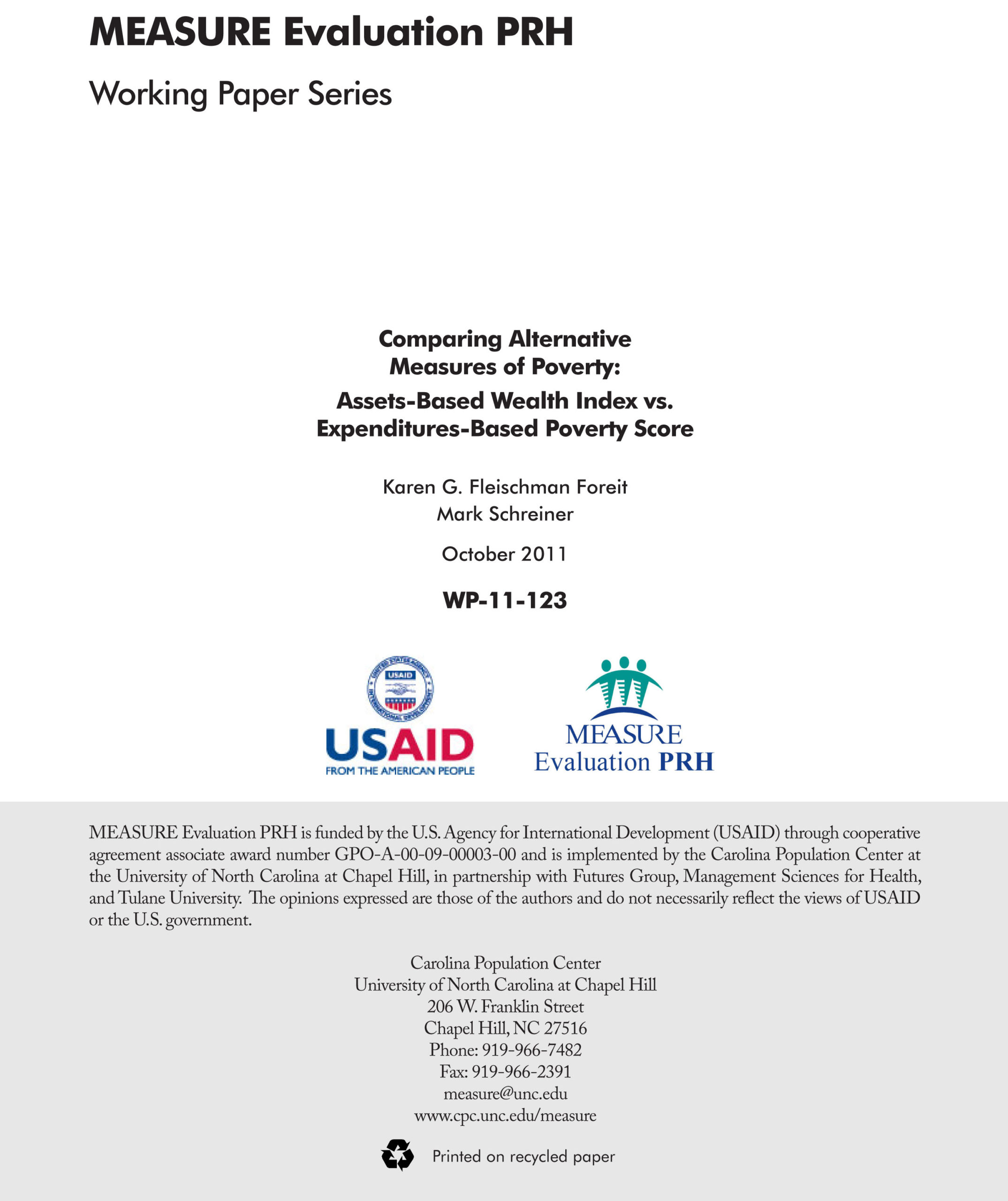 Abstract: How comparable are different measures of poverty?  In the economic literature, poverty is often measured by income or expenditures. National health surveys, such as a Demographic and Health Survey (DHS), do not routinely collect data on household expenditures but rather estimate relative wealth by analyzing household assets and housing characteristics. This paper assesses the predictive validity of using DHS data to assign expenditures-based poverty rankings to households and individuals, using countries for which there are contemporaneous expenditures surveys and a DHS.  The estimates come from a three-step method. First, potential poverty indicators are matched between the expenditures survey and the DHS. Second, a poverty scorecard is constructed based on data from the expenditures survey, using only indicators that appear in both that survey and the DHS. Third, the scorecard is applied to the DHS to produce estimates of expenditures-based poverty.