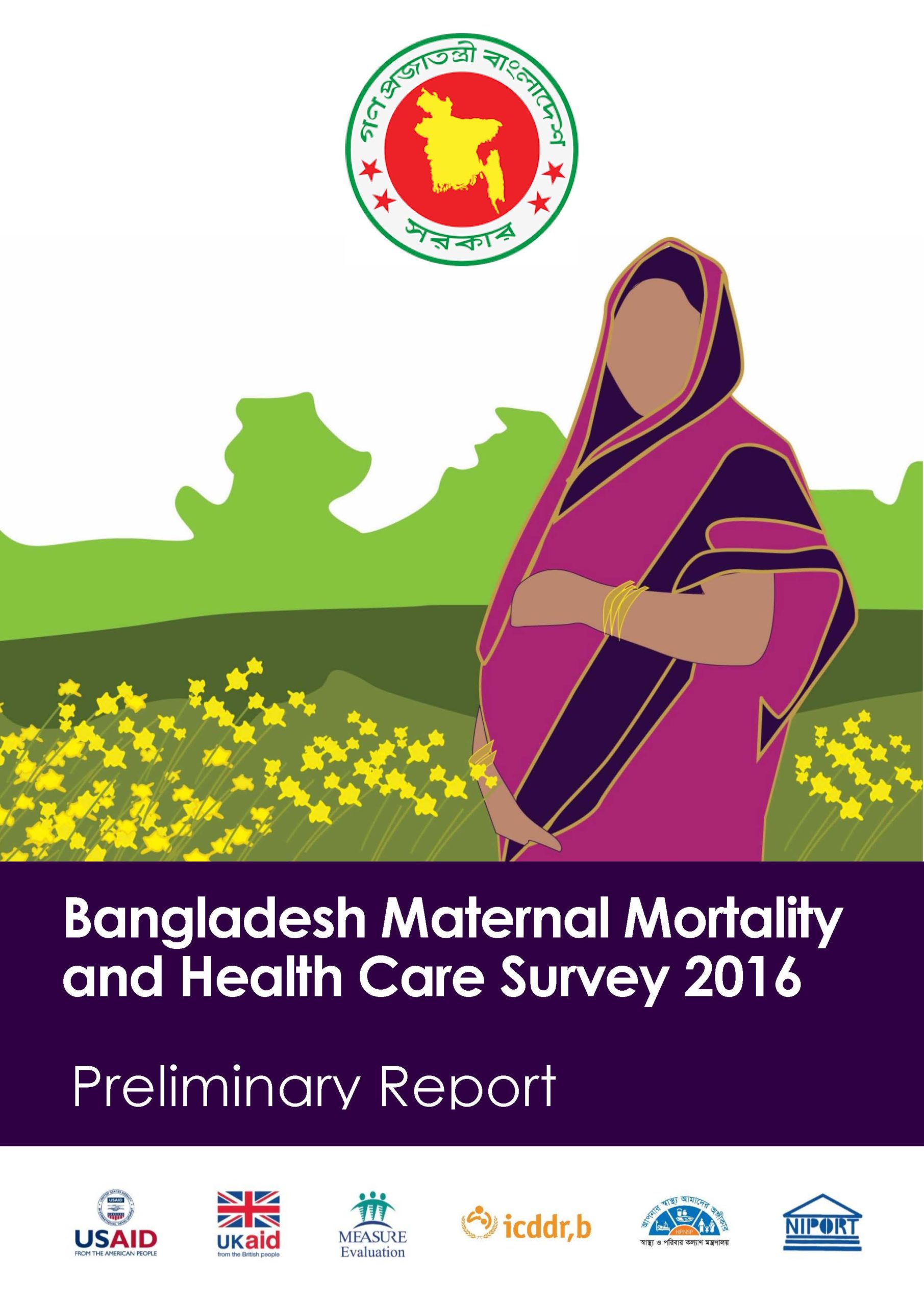 Abstract: The Government of Bangladesh is committed to reducing the maternal mortality ratio (MMR) to 143 deaths per 100,000 live births by 2015 and increasing skilled attendance at birth to 50 percent by 2015. The decline in MMR between 2001 and 2010 indicates remarkable progress. The 4th Health, Population and Nutrition Sector Program 20172022 has set the target of reaching an MMR of 105 per 100,000 live births in 2022. Within this context, the 2016 Bangladesh Maternal Mortality and Health Care Survey (BMMS 2016) sought to assess how well the country is progressing toward these targets. The survey was funded by the Government of Peoples Republic of Bangladesh, the United States Agency for International Development, and the Department for International Development.

The BMMS 2016 sample size was designed to estimate the MMR with a similar level of relative precision to the estimate obtained in the 2010 BMMS, assuming that the MDG target of 143 per 100,000 live births had been met. The BMMS 2016 used a multistage sampling procedure, using sampling frames derived from the 2011 census.

This report, supported by the United States Agency for International Development-funded MEASURE Evaluation, covers a preliminary outline of the results of the BMMS 2016.

Follow the links below for a brief summary of the preliminary report in English and Bengali: