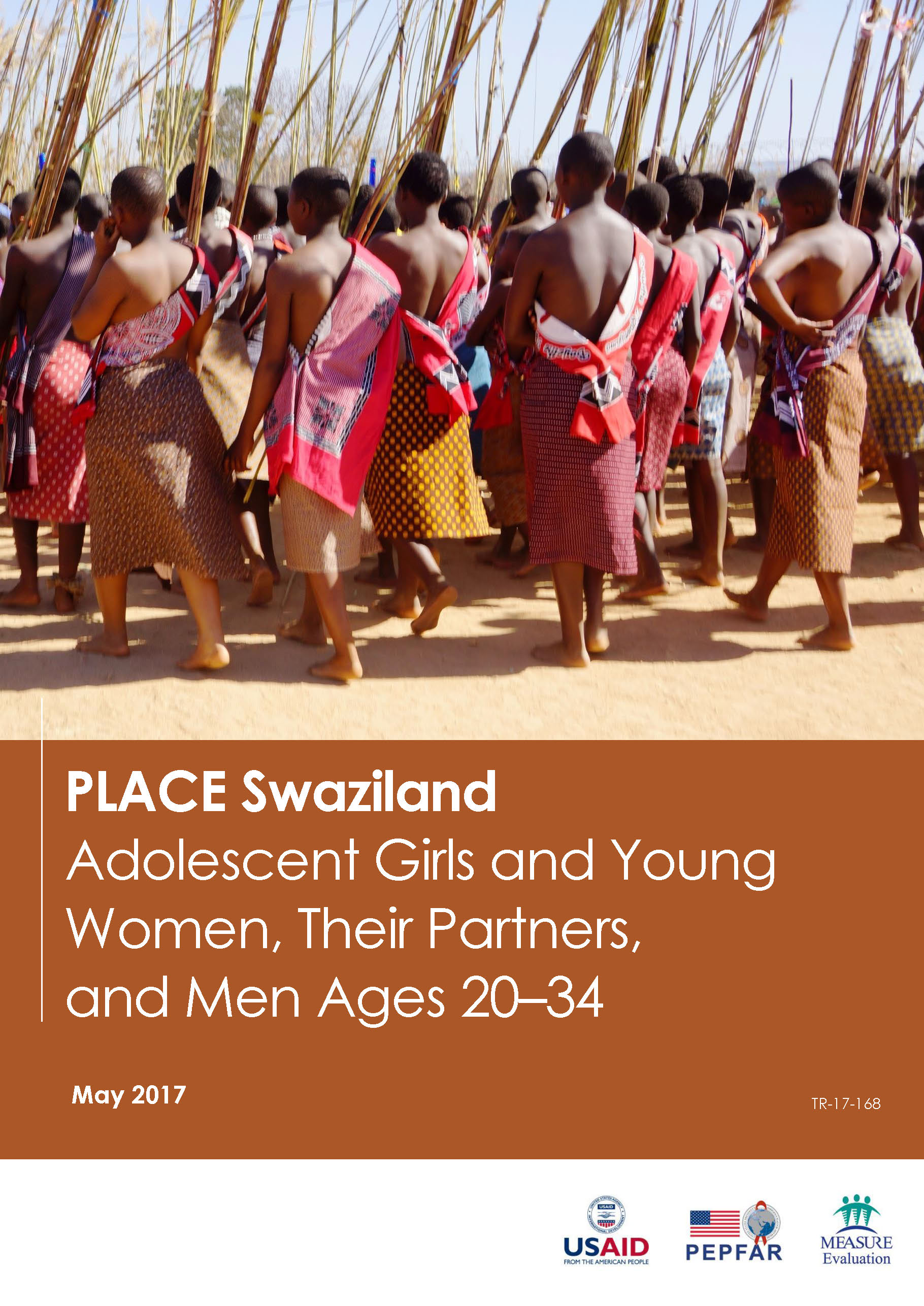 Abstract: Adolescent girls and young women (AGYW) account for a larger proportion of new HIV infections among their age group compared to their male peers. In order to curb the HIV epidemic in countries with generalized epidemics, it is important to understand the risk behaviors of AGYW and their male partners. This study was designed to identify risk behaviors of AGYW and young men ages 20 to 34 in Swaziland to get a general understanding of the characteristics of male partners of AGYW. These data will be used in activities as part of the DREAMS (Determined, Resilient, Empowered, AIDS-free, Mentored, and Safe) Initiative of the United States Presidents Emergency Plan for AIDS Relief (PEPFAR) to focus HIV testing services and linkage to care or other high-impact interventions more precisely on male partners.

Specifically, the study was designed to characterize male sexual partners of AGYW, describe sexual partnerships among AGYW and their partners, profile health-seeking behaviors of male partners, and identify spots where AGYW and young men socialize and meet new sexual partners in the 19 tinkhundla identified as priorities by DREAMS. (A tinkhundla is a geographic administrative area smaller than a region.)

The study was a modification of the Priorities for Local AIDS Control Efforts (PLACE) method, a timelocation-based sampling strategy developed by MEASURE Evaluation, which is funded by the United States Agency for International Development (USAID) and PEPFAR. The study had three main components. The first was a community informant step in which interviewers asked knowledgeable members of the community where AGYW meet new sexual partners. The second was verification of this list of identified spots. The third was interviews with patrons and workers at those verified spots about their knowledge, attitudes, and behaviors.

The interview team verified 777 spotsdrinking spots, kiosks and shops, and bars and clubs, among otherswhere AGYW meet new sexual partners in the 19 DREAMS tinkhundla. HIV prevention outreach and education at those spots are limited, but informants at more than half of the spots reported that they would be open to further interventions. The most common type of HIV prevention was the availability of free condoms at 45 percent of the spots in the past six months.

Interviews were conducted with 1,641 patrons and workers at 182 of the 777 spots where people meet new sexual partners. Of the 843 young men ages 20 to 34 who were interviewed, 553 said they had had an AGYW sexual partner in the past year. Characteristics of male partners varied by age group: younger male partners were more often single, dependent on family, in school, and unemployed than older male partners.

Not all AGYW are engaged in high-risk behavior. Only 26 percent reported ever having had sex, although social desirability bias may affect this figure. The majority of AGYW reported having had only one partner in the past year. But among those who did have a partner, close to half believed their partner had other sexual partners. Additionally, 13 percent of adolescent girls who were sexually active had received money in exchange for sex.

All respondents frequently visited the spot where they were interviewed. Mobile testing appeared to be popular among male partners, perhaps offering a greater opportunity to reach people at places they visit frequently. It is prudent for this type of information be used to identify high-impact interventions that can reach high-risk groups both to prevent the spread of HIV and to link those who are HIV-positive to care.
Shortname: tr-17-168
Author(s): Reynolds Z, Mamba B, Hakasenke I
Year: 2017
Language: English
Region(s): Africa, Southern Africa, SWAZILAND
Filed under: Adolescent health, Africa, Contraceptive Use, DREAMS, Girls, PLACE, Reproductive Health, Sexual Behavior, Swaziland